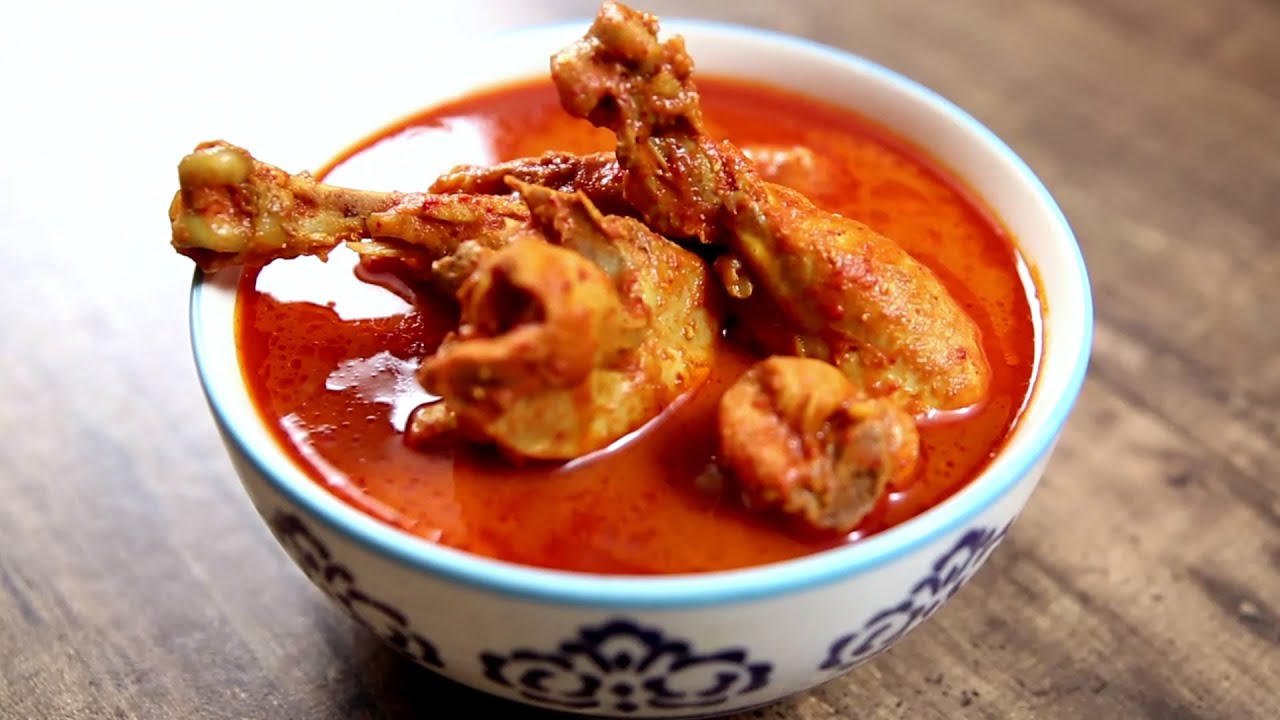 Vindaloo is an Indian curry dish popular in the region of Goa. It is a combination of vinegar and garlic and is regarded as fiery spicy dish. So watch and learn how to make Chicken Vindaloo at home with chef Varun Inamdar only on Get Curried.

– Dice some onions and add them into a blender along with it add garlic, ginger, cinnamon sticks, pepper corns, cloves, cumin seeds, turmeric powder, salt and dried red chillies and run it into fine paste.
– Add malt vinegar and run it into a fine paste.
– In a pan add water and let it heat, add chicken pieces and masala and mix it well.
– Cover it with a lid and let it cook for 20 minutes.
– Turn off the flame and let the chicken rest for 15 minutes.
– Chicken Vindaloo is ready to be served.

Vindaloo or vindalho is an Indian curry dish based on the Portuguese dish carne de vinha d’alhos which is popular in Goa, Vasai, the Konkan, Kerala and other parts of India.It is known globally in its British Indian form as a staple of curry house and Indian restaurant menus, and is often regarded as a fiery, spicy dish. It is usually made with pork, but can be made with beef, mutton, chicken, or tofu.