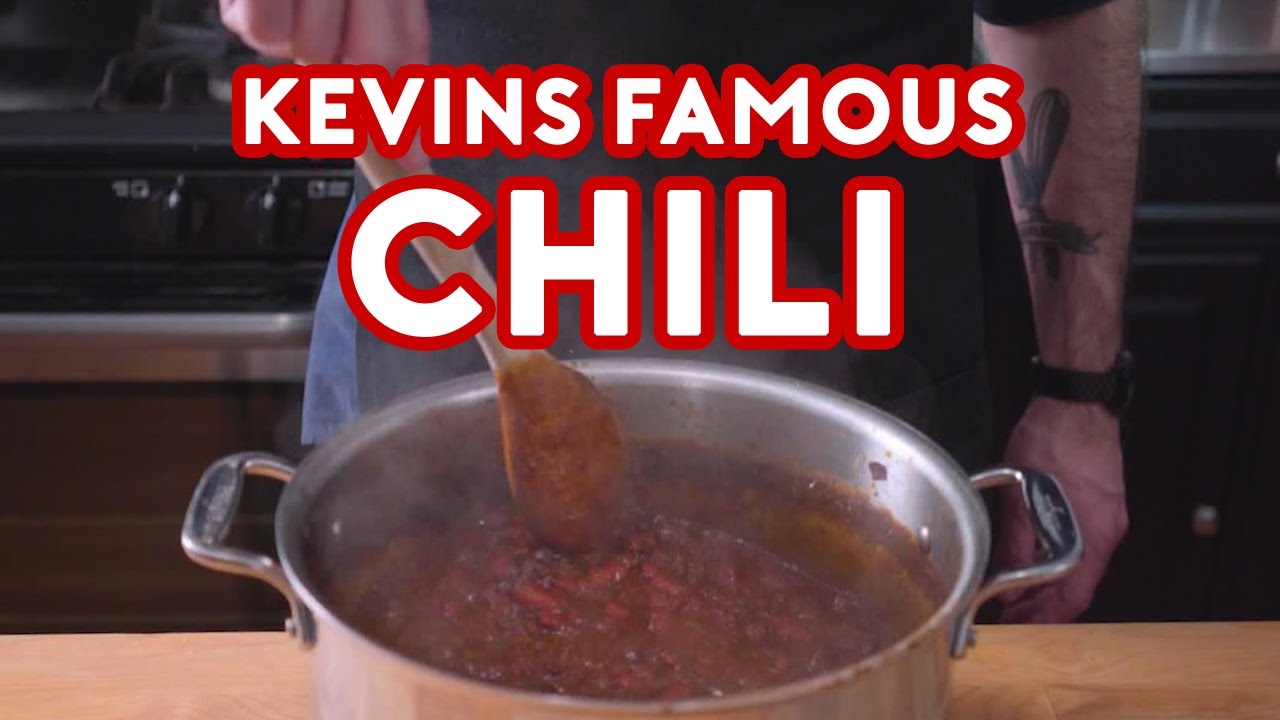 Music: “I Like Van Halen Because My Sister Says They Are Cool” – El Ten Eleven

In a large sauté pan, heat dried chile pieces over medium-low heat until toasted and *barely* smoking – do not allow to smoke. Once toasted, place in the bowl of a food processor. Process for 2-3 minutes, until peppers are reduced to a fine powder. Add cocoa, corn flour, cumin, and oregano – pulse to combine. While machine runs, add 3/4 cup of chicken stock, until a paste is formed. Scrape into a bowl and set aside.

Heat 1 tbsp olive oil in a large pot until near-smoking. In batches, brown beef on all sides, being careful not to over-crowd the pot. Once all beef has browned, and fond has formed on the bottom of the pot, add remaining oil, and sauté onions and peppers until sweating. Deglaze with beer, and scrape the bottom of the pot. Add remaining ingredients, stir well, and place in a 300F oven, lid slightly ajar. Stir occasionally to prevent scorching, and braise for 2-3 hours, until beef is tender. Season with salt and pepper, and serve with cheese and cornbread.