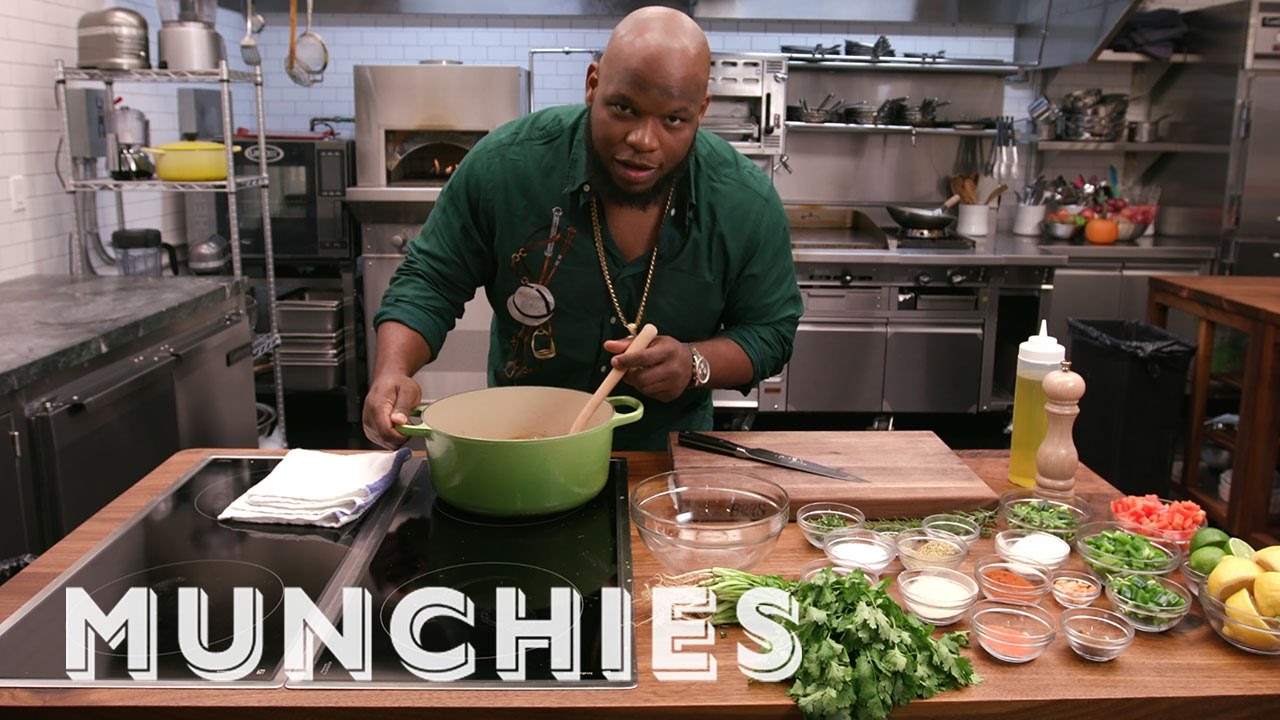 This turkey chili uses lots of cilantro, garlic powder, Mrs. Dash, and tons of other spices. While the chili cooks down, Meyhem whips together a peach cobbler using store-bought pie crust, canned peaches, and refrigerated biscuits—and it’s incredible. In Meyhem’s words, these recipes are stupid (but that doesn’t make them anything less than totally delicious).

Check out the recipe here: https://munchies.vice.com/en_us/article/xym9mq/meyhem-turkey-chili

Check out http://munchies.tv for more!