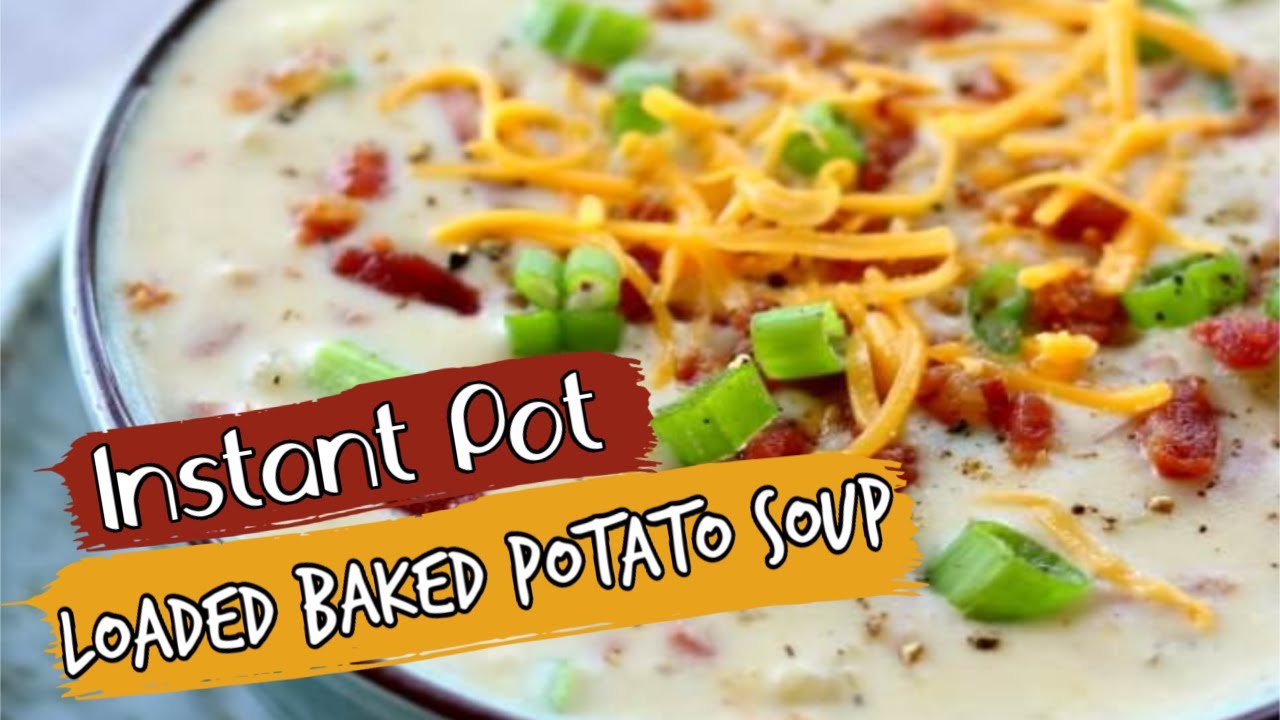 Get the printable recipe: https://www.365daysofcrockpot.com/instant-pot-loaded-baked-potato-soup/

After the potatoes were cooked I took them out of the pressure cooker and then made a roux with flour and butter on the saute setting. This is just done by melting the butter and then whisking one tablespoon of flour at a time into the butter until you get a creamy, lump-free consistency. This helps thicken the soup.

After I made the roux I added in milk (I used 1% milk). I used the saute setting to heat the milk until it was bubbling and thickened up, thanks to the roux.

At this point I added in the potatoes. I chose to mash my potatoes on a cutting board before adding them back in. Now they weren’t totally mashed. There were some parts that were mashed and some parts that were chunky. Again, I like the different textures in my soup. You could mash them completely for less texture or you could even cut them into cubes for more pronounced bites of potato.

Lastly I stirred in some sour cream, grated cheddar, green onions, and real bacon bits to make it the real deal. This is creamy and indulgent and frankly quite delicious. The recipe below makes about 5 servings but you can easily double this recipe with no problems. I don’t think this soup is a good one to freeze considering it’s dairy based and potato based…both items that don’t do well in the freezer. But you can keep this in the fridge for up to a week in an airtight container.

*As an Amazon Associate I earn from qualifying purchases