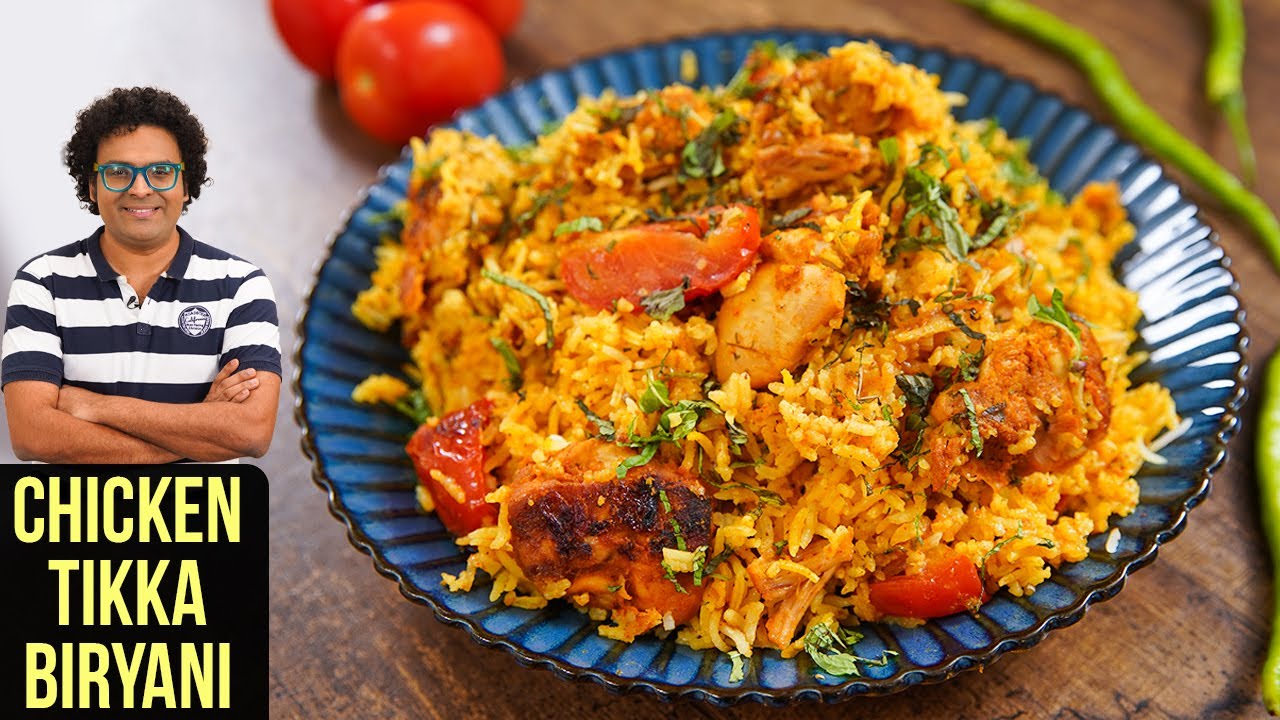 Learn how to make Chicken Tikka Biryani with our chef Varun Inamdar.
Chicken Tikka Biryani Recipe is the famous Indian delicacy of Punjabi Cuisine. Boneless Chicken Thighs are marinated in a mix of Yogurt and Spices, then cooked in the Pot for making delicious homemade Tikka and finally mixed with Long Grained Rice.

Download the Get Curried App by clicking on this link:- http://bit.ly/GetCurriedVegNonVegRecipes_And